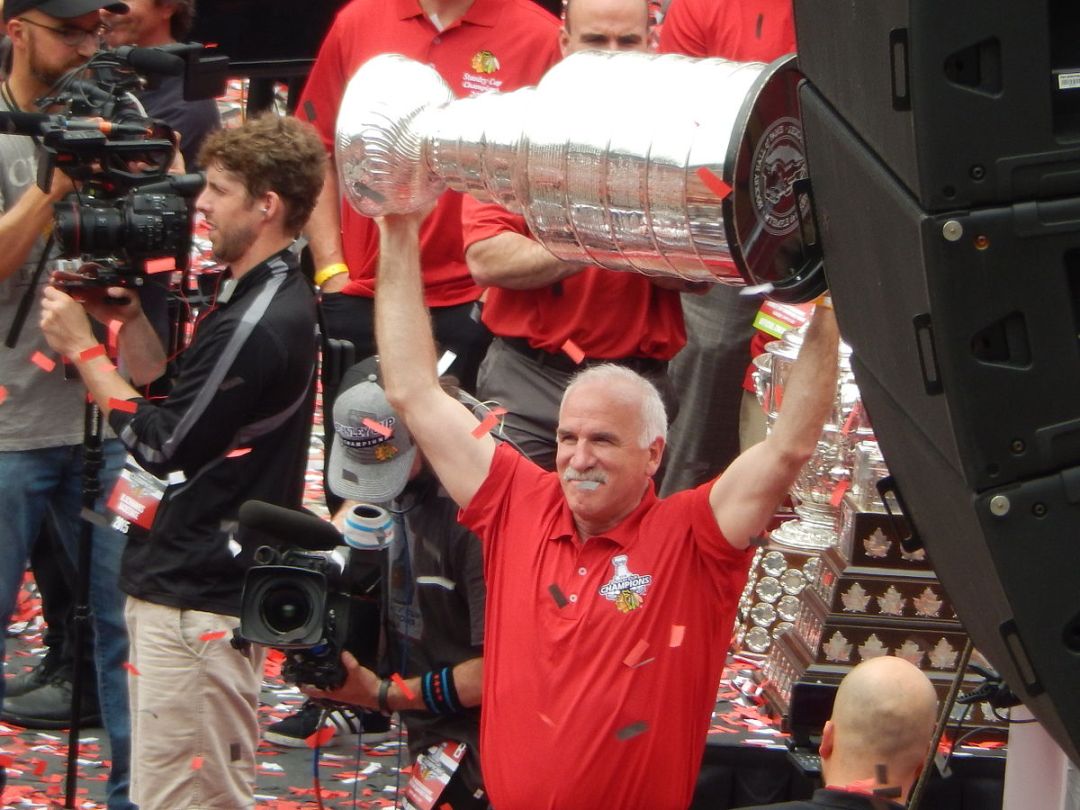 The Unjust Firing of Joel Quenneville: A Casualty of the Management Power Struggle

The Blackhawks haven’t been great. We all know this. Their defense is weak, the offense is inconsistent at best, and the off-season acquisitions and trades have been questionable. Who is at fault? One would argue it’s Stan Bowman, but who took the fall?

This move wouldn’t have come as a surprise to anyone if it was April and the Blackhawks had once again failed to make it into the postseason. But with this breaking news one month into the season, it comes as a shock to most, yet the rumored power struggle between General Manager Stan Bowman and Quenneville is no shock at all.

Stan Bowman and his band of merry men have always been rumored to clash with Quenneville.  In 2016, Stan Bowman fired assistant coach and longtime friend of Quenneville, Mike Kitchen. Quenneville was very candid when asked about what he thought about the coaching change: “I was not happy. I was a little disappointed,” Quenneville said. “We lost a great coach and somebody I had been working with a long time. It was tough and we’ve moved on now, but I wasn’t excited at the moment.” This very well could have been the moment the rift between the front office and Quenneville became much bigger.

Back in 2012, Joel Quenneville confronted management when Stan Bowman wanted to add his friend and director of player evaluation, Barry Smith, to join the coaching staff on-ice during practices. After Quenneville voiced his frustration, Smith’s role ended.

Fast forward six years, with Quenneville relieved of his duties, former Rockford IceHog coach Jeremy Colliton has taken over behind the bench. Who was assigned as his assistant coach? No other than Barry Smith.

Despite the frustration between management and coach, Quenneville was still given little to work with this season. The acquisition of “Stay-at-home” defenseman Brandon Manning and veteran forward Chris Kunitz have been nothing short of meaningless with both players having already been scratched a couple times in the first month of the season. Local boys Ryan Hartman and Vinnie Hinostroza were both traded away within the past season, with big names such as Artemi Panarin, Scott Darling, and Niklas Hjalmarsson also being traded away in 2016 and 2017. Cap space has always been a big issue for this team in its dynasty years, and the reason for many great players going away just to get some affordable, mediocre players in return.

While Blackhawks management is trying to find an answer to their woes, they believe they have done it in firing Joel Quenneville but no one wants to see that the answer to their problems is right in front of them: Stan Bowman has made extremely questionable trades and acquisitions in the last couple years that are crippling this team. Quenneville didn’t build this roster – Bowman did.

Firing Joel Quenniville is nothing more than an attempt on Stan Bowman’s behalf to save his job and – for what it’s worth – if Jeremy Colliton doesn’t work out, Bowman is next to get the ax.