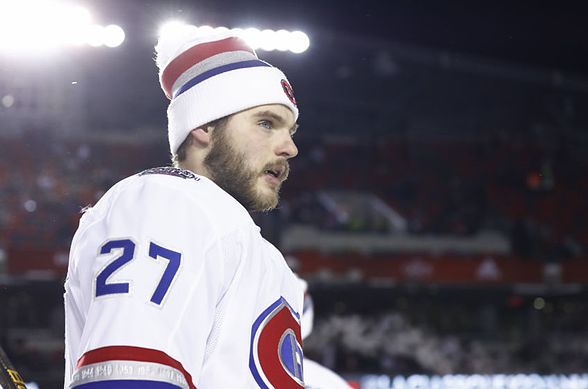 With trade rumours swirling for the past few seasons, it appeared it was only a matter of time before the Canadiens moved Galchenyuk. A change of scenery is likely to benefit both players involved.

Galchenyuk, the 2012 third overall draft pick, had 19 goals and 32 assists last season for the Canadiens. The 24-year-old was a 30 goal scorer in 2015-16 and has two years remaining on his current contract, at $4.9 million each (via CapFriendly.)

When discussing the addition, general manager John Chayka stated his belief in Galchenyuk’s ability to play center. This will provide some competition at that position among Galchenyuk,  Derek Stepan, Christian Dvorak, Dylan Strome, and Marcus Kruger going into training camp.

With the addition of Galchenyuk, along side an extension for defensemen Oliver Ekman-Larsson likely to be signed July 1st, things appear to be moving in a positive direction for the Coyotes, who- despite their awful start- put together a solid final few months of the season.

The Coyotes also made a pair of moves Thursday, acquiring Hudson Fasching and Adam Helewka from the Buffalo Sabres and San Jose Sharks respectively.

View all posts by Claire Brookbanks