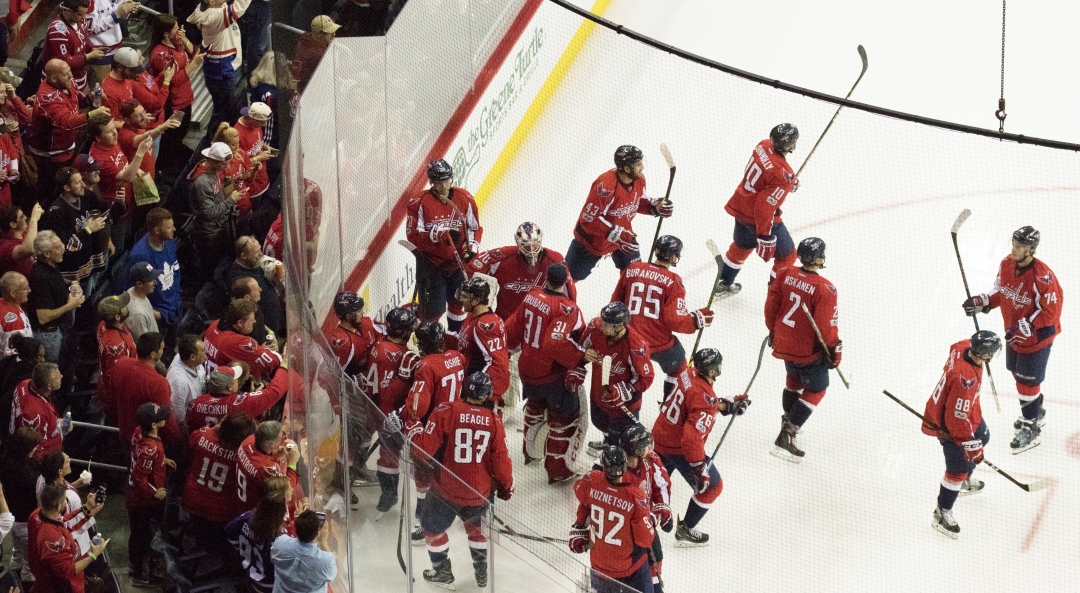 The Stanley Cup is the Capitals’ to Lose

It’s safe to say not many people predicted the Washington Capitals and the Vegas Golden Knights to be in the Stanley Cup Final, but here we are. Four games in and the Capitals lead the series 3-1. Vegas won the first game at home and then dropped three straight games.

The Capitals have been playing more cohesively now than they did the previous few rounds. It almost looks at times as if they’re playing without any pressure when, in actuality, they have the burden of the whole city resting on their shoulders. This could be because they moved past the second round and beat the Penguins which, in recent years, was usually their biggest obstacle. They’ve defeated their rivals so maybe they really aren’t feeling much pressure?

Over the course of the postseason star players on the Capitals like Alex Ovechkin, Evgeny Kuznetsov, and Braden Holtby have been performing remarkably. However, as the team is one win away from being Stanley Cup Champions, it’s evident that they’ve made it this far because everyone on the team is being effective. Whether it’s taking shots or blocking them, they’ve proven that this Cup run has been a team effort. One player that particularly stands out besides the usual is Devante Smith-Pelly who had highly skilled goals in the last two games.

Holtby, of course, is playing his best hockey when it matters most. His save percentage for the playoffs is .923. A few weeks ago, I wrote about who the Conn Smythe might go to on the team and I thought it was up in the air between Ovechkin and Holtby, but I’ll have to admit I was wrong. After the game-winning save in Game 3 and the solid performance in Game 4, Holtby is the clear MVP for the Capitals even despite not starting the first two games in round one.

Check out the save of the century from Braden Holtby

With all this being said, Vegas isn’t just rolling over. Regardless of a 2-1 series deficit, they played some really good hockey in Game 4, but just couldn’t quite get the pucks to reach the back of the nets. They have a big advantage with the next game being on home ice for them. It’s possible that Vegas can win the next two games and tie the series, but from what we’ve seen so far, the Stanley Cup is for the Capitals to lose.