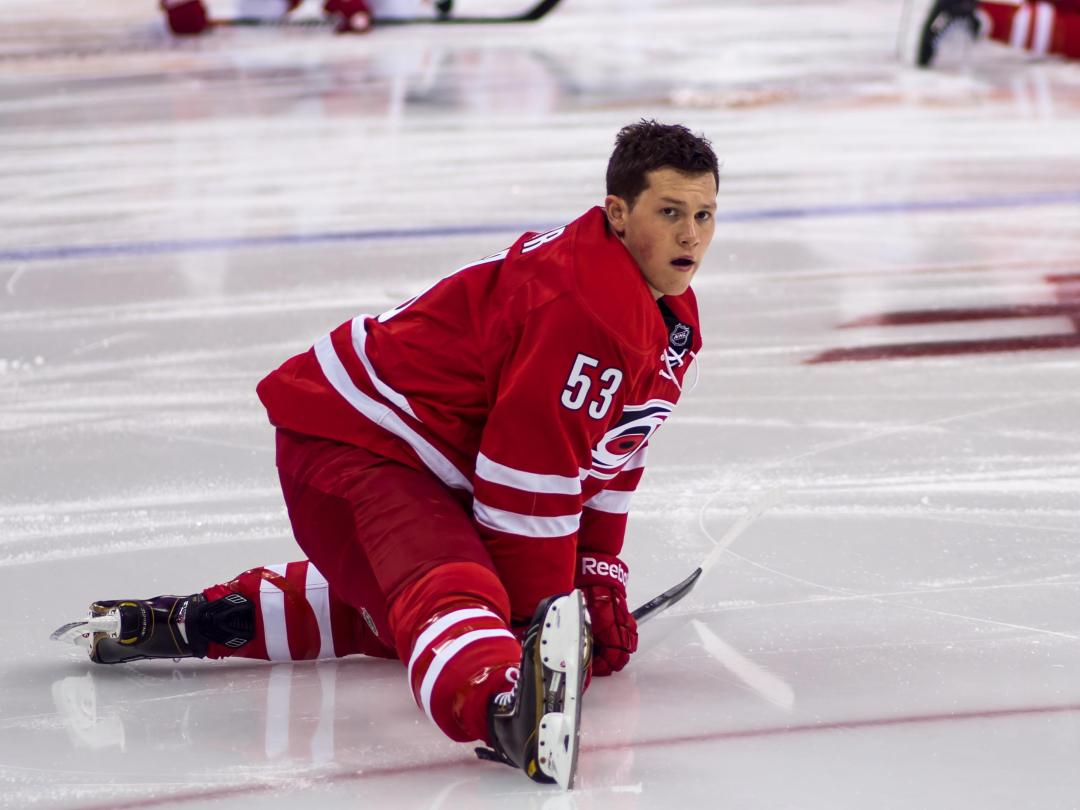 Since the 2017-2018 NHL season has ended, trade rumors have begun to surround a few players. One of those players has been Jeff Skinner. Skinner’s Carolina Hurricanes failed to make the playoffs again, making this the ninth consecutive season without qualifying. Since he has only been playing for the team (and in the NHL) for eight seasons, the forward still has yet to appear in a playoff game.

For Skinner, individually, a trade may seem like a good idea. Carolina is where he established himself as a player deserving of league-wide recognition, and he has started to take on more of a leadership role lately as well. However, as he gets older, his focus could begin to shift. While the team and city probably mean a lot to him, Skinner may not be convinced that the Hurricanes are moving in the right direction.

He is only under contract until the end of next season, making him an unrestricted free agent at the conclusion of the 2018-2019 campaign. While the 26-year-old could simply sign wherever he wanted at the end of this upcoming season, there may be other options. Though he has a no-move clause this year, if he really thought he would be more successful outside Carolina, he could waive it and/or request a trade.

However, it probably would not be very smart for the Hurricanes to trade him. This past season, Skinner was second on the team in goals with 24, sixth in assists with 25, and fourth in points with 49. He has scored more points than a handful of big names, such as Artemi Panarin, Filip Forsberg, Taylor Hall and Nathan MacKinnon, as he has heated up over the past two seasons. In fact, only 18 players in the NHL have outscored the winger since the beginning of the 2016-2017 season. He has proven to be a huge asset to the Hurricanes since his career in Carolina started, and trading him most likely would not be a great move on the team’s part unless the return was one they couldn’t pass up.

So, will Jeff Skinner remain a Carolina Hurricane? Well, for a team holding the NHL’s longest active streak without a playoff appearance, big changes need to be made in Raleigh. Is trying to deal Skinner a change that will help? It all really comes down to the kind of return that the Hurricanes could get for him. On the surface, they would be trading one of their best, if not their best, player. He’s already a very talented player and is still young enough to improve a little bit more before he moves into his prime. However, if the ‘Canes feel that they need to move him, they most likely won’t hesitate.

According to TSN’s Bob McKenzie, Jeff Skinner’s time in Carolina is almost certainly up, but the forward will probably have some control over where he goes due to his no-move clause. McKenzie also adds that there is some interest in Skinner around the league, one of the more notable teams being the Los Angeles Kings. Though things may seem quiet on the trade block right now, it doesn’t seem like the Carolina Hurricanes want to keep it that way for much longer, and Jeff Skinner could be a component in that plan.

Do you think that Jeff Skinner will stay with the Carolina Hurricanes? Will he be traded? Will he sign somewhere else once he hits unrestricted free agency? Let us know what you think by tweeting us: @PuckItUpBlog.

Want to read more about the Carolina Hurricanes? Click here!

Jennifer Moglia is a writing contributor at "Blue Line Station" and "Puck it Up!", as well as an avid fan of hockey and baseball. She always falls in love with the "bad players", puts an absurd amount of faith in prospects and rookies, and too often watches sports with her heart instead of her eyes. She also loves t-shirt tosses, aquariums, quesadillas, concerts, Jeff Skinner, Ryan Strome, the New York Rangers, the Chicago Blackhawks, the Metropolitan Riveters, the Baltimore Orioles, and the New York Mets. View all posts by Jennifer Moglia