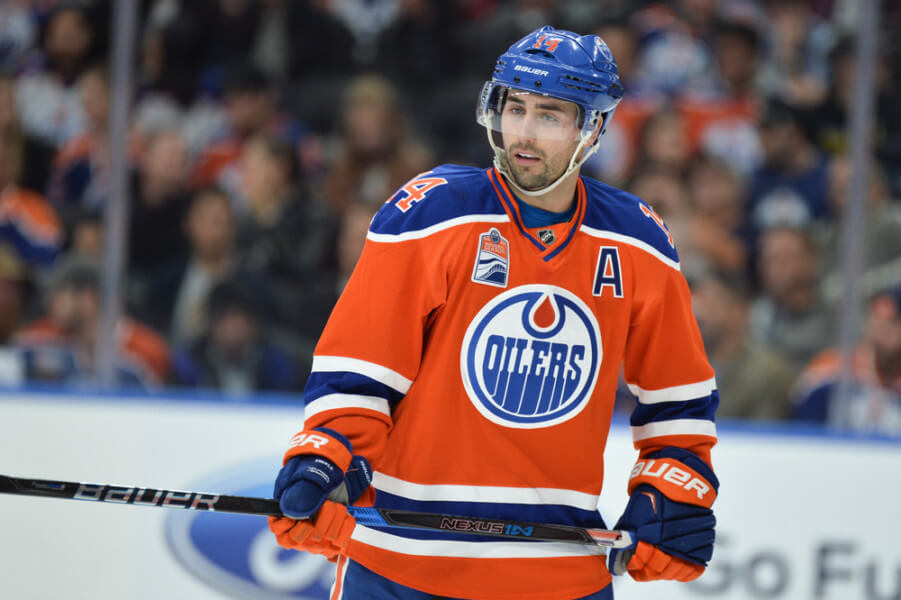 When you’re a professional athlete, being criticized by the media unfortunately comes with the job. Recently, hockey media in a few cities have taken their role to another level and many fans question if it’s warranted.

In Canada particularly, sports media can be a bit overwhelming for athletes. Edmonton, Toronto, and Montreal cover hockey like no other city. Recently, there’s been backlash against media in Edmonton. There’s been an obvious pattern of the team’s core players being traded over the past two years given that they will soon be encountering cap struggles. Jordan Eberle was asked how playing with the Islanders compares to the Oilers.

“The Edmonton media can be pretty brutal and your confidence goes and this is a game you can’t play if you don’t have confidence,” Eberle said. “It’s that simple. It’s the Edmonton Oilers and everything around it. When you read articles every day about how much you suck, it’s tough.”

When asked about Eberle’s comments, his old teammate and roommate, Taylor Hall, agreed with how impactful the media can be on a player’s confidence.

“I think that if the media in Edmonton think that they don’t impact players, just a little bit, then they’re crazy,” said Hall. “Everyone’s human. No one wants to read crappy stuff about them, no matter how good of a player you are.”

There’s no way to really escape the media as a player. If they don’t read articles, they’re probably sent to players by family and friends and if that’s not the case, then at the very least they can tell what the media thinks of them as players based on the questions they have to answer after every game and practice. This can weigh them down as players.

Many argue that being criticized comes with the territory of being an athlete, but the level of criticism is what can be concerning. Edmonton media was critical of Eberle last season when he had one of his career low seasons with 20 goals and 51 points. While he may not have produced like he did before, 51 points is still a lot and it helped the Oilers get to the playoffs for the first time in a decade. The issue with media then becomes why they’re critical of individual players and not the team as a whole.

The same intense criticism can be seen in Montreal where over the years the Canadiens’ hockey media had an odd fascination with a handful of players. When things went wrong in a game, the blame was put on players like P.K. Subban or Alex Galchenyuk. Galchenyuk in particular seems to be getting a lot of flack recently by media in Montreal for not playing to the caliber he was signed for. In this case, as with many others, it’s clear that the blame should be placed on management and not the player. Galchenyuk has been placed on a handful of different lines and going between center to wing over his entire career with the Canadiens. A little consistency could help him improve exponentially as a player. Yet, the media focuses on his struggles instead of getting down to the root of the cause.

It’s very rare to see media blame a GM or a coach for a player’s slump or a team’s loss, but in many cases the GM and coach are as equally a part of the problem as a player. Jonathan Toews‘ numbers going down over the few years can be partially blamed on the rotating wingers on his line, many not given enough time to adjust. Jack Eichel gets unwarranted blame for the Sabres’ struggles when it should be placed on management who built the team surrounding him.

Toronto is another city where hockey media can be outlandish. Given the Maple Leafs recent rebuilding seasons, media and fans are looking for glory and they’re looking for it quick. So when a player hits a slump or when the team loses, many in the media are quick to point fingers. Granted, it’s their job to do this, it’s also their job to understand tremendous pressure players are under and realize the power they have as writers.

Overall, this is an unfortunate cycle for players. Poor play results in the media being critical, which can impact their confidence and result in even more poor play. It seems the only real way to break the cycle is by leaving or getting traded. As for Jordan Eberle, It’ll be interesting to see how he does this season with the Islanders away from the pressures of Edmonton.